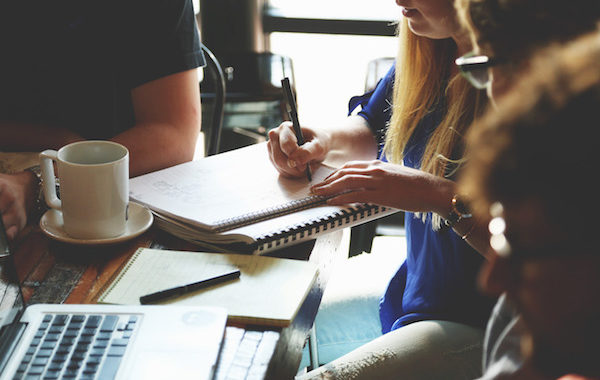 Schools in the UK are currently ‘squeezed’ financially, having to do more and more with less and less. I work in a great secondary school in Hertfordshire, England. Despite the best intentions of my school leaders, the construction of a purpose-built Music Technology Suite, kitted-out with the latest in hardware and software, is unlikely to begin anytime soon. I have to make do with what I have; some old, but working, classroom computers.

I don’t believe a broad and engaging music curriculum is complete without allowing students the opportunity to use music technology creatively and musically. I have spent a long time searching for an effective solution, compatible with my limited means (both in terms of resources and money). Having discovered Soundtrap, I think my search is finally over.

Soundtrap came to my attention shortly after the school moved to Google’s G Suite for Education. It had a fairly prominent place on Google’s education ‘marketplace’. I noted it in the ‘look at this when you have time’ section of my brain. A couple of months later I saw two people in Soundtrap t-shirts running around the annual ‘Music Ed Expo’ (a huge exhibition/seminar event for music education professionals). I couldn’t track them down, and perhaps because of this logged on to Soundtrap that evening. I signed up for a free trial and planned a short scheme of work for Year 8 (12/13 year olds).

Soundtrap was an instant success. The ease of dragging loops and the key-matching feature meant that students were creating exciting music within seconds. The collaboration features meant I was able to project and play any student’s music, for everyone else to enjoy. They were hooked.

My next challenge was getting them to move beyond loops and create their own musical ideas. Without access to MIDI keyboards, this has always been a huge challenge; clicking lines on a grid with a mouse has never yielded musical results, in my experience. I showed them how to fashion a basic drum beat using the computer keyboard and they were off. Bass lines and melodic riffs soon followed.

My students had grasped the basic concepts of Soundtrap in two 45-minute lessons. What followed was a few weeks of further exploration, discovery, and music-making (thanks to an extended trial). Some students plugged in guitars, some sung into their iPhones using the Soundtrap app, and many collaborated on joint projects. My inbox was full of requests to listen to new projects by students. The initial trial was a success, so I purchased as many licenses as I could afford.

My next challenge was to see if Soundtrap could find a place with my exam classes, and particularly my GCSE students (14-16 year olds). In my school, GCSE Music is open to everyone, and we are lucky to enjoy (relatively) large numbers at GCSE-level (our current group is 29-strong). Students from different musical backgrounds elect to study GCSE Music. Such large, diverse groups do however create problems; namely making sure everyone gets the support they need to be musical, and achieve their potential.

My thinking was that Soundtrap could support composition for students who struggle with traditional notation, or even to perform the ideas they have. Of course it was, and is, a huge help.

Alongside Soundtrap, I had been experimenting with ‘flat.io’ (again, discovered through G Suite for Education). I felt ecstatic – I had a web-based, collaboration friendly solution for students who used notation, and another one for those who preferred a DAW-based approach.

The stars seemed to align for the next stage of this journey. Browsing the Soundtrap blog I come across a post entitled ‘Flat, online music notation software, release integration with Soundtrap’. Intrigued, I read on. 10-minutes later I’d imported a student’s ‘flat’ file (a Baroque-inspired two-part piano piece) and remixed it by adding a beat and putting the notes onto a ‘Rhodes’ sound (as well as adding a few effects along the way for good measure). I presented this at the start of a GCSE lesson. After the hilarity of my exploits had passed, students saw the real benefits of this integration. If they couldn’t quite get complex musical ideas down in Soundtrap, they could use notation in ‘flat’, and then tweak in Soundtrap. By its very nature ‘flat’ doesn’t have the same audio engine as Soundtrap, so students could use notation first, then really explore the sonic possibilities of what they had composed.

This all happened in about a month. I’d spent years trying different solutions, but they’d always had problems, and never really gained any traction with the students. We now use Soundtrap (and flat.io) and they both look like they are here to stay.

Why does it works so well for me? It is web-based, which means my school network’s fundamental objection to any music software is now irrelevant. The collaboration features mean anyone looking for proof of my teaching (feedback, progress) can see it clearly on a Soundtrap project. The pricing model works for schools – they understand what the average school can afford. Above all – it is really good; intuitive, clear, reliable, and it sounds great.

David Guinane is the Head of Music at Beaumont School, a mixed state school in St Albans, England.

The Power of Poetry Merged with Music