Kelli Pierson is a high school music teacher at George C. Marshall High School, a part of Virginia’s Fairfax County Public Schools (FCPS). Her specialty is choir, typically teaching five choir groups every year ranging from 120 to 155 students. As was the case in many schools nationwide, COVID restrictions dramatically affected her ability to lead her ensemble during the 2020-21 year, a skill that usually relies on managing voices and personalities in person. Forced to go virtual in the spring of 2020 and unable to do the quarterly concert assessment, Kelli was left with makeshift music lessons focused on community-building exercises. “We reminisced a lot about our music-making from the prior year and concerts. We reflected on music as a gift to connecting people,” she explains.

By the summer of 2020, she wondered how she could continue teaching choir virtually. All she wanted was to hear the voices of her students singing back to her. But because of distance learning, it took weeks for individually recorded files by students to be submitted to a virtual choir engineer and then returned. Not to mention, recording at home was lonely, and students were starting to disengage. Kelli was burned out.

Then she discovered Soundtrap…

A friend of Kelli’s teaching at Fullerton College in California recommended Soundtrap after experiencing success with her students. According to Kelli’s friend, Soundtrap had revolutionized her teaching, allowing her to rehearse virtually, watching her students sing along using just a few recorded clips. After being tutored on the basics of Soundtrap, Kelli experienced a sense of hope that this might be the answer for her students.

Kelli joined up with a few other colleagues to explore Soundtrap’s resources, especially the collaboration rooms. They convinced the school that Soundtrap had begun to open up learning virtually in areas that had previously been at a standstill. The process went from trial to an approved pilot by the district, and it was at that point that things fully got off the ground. 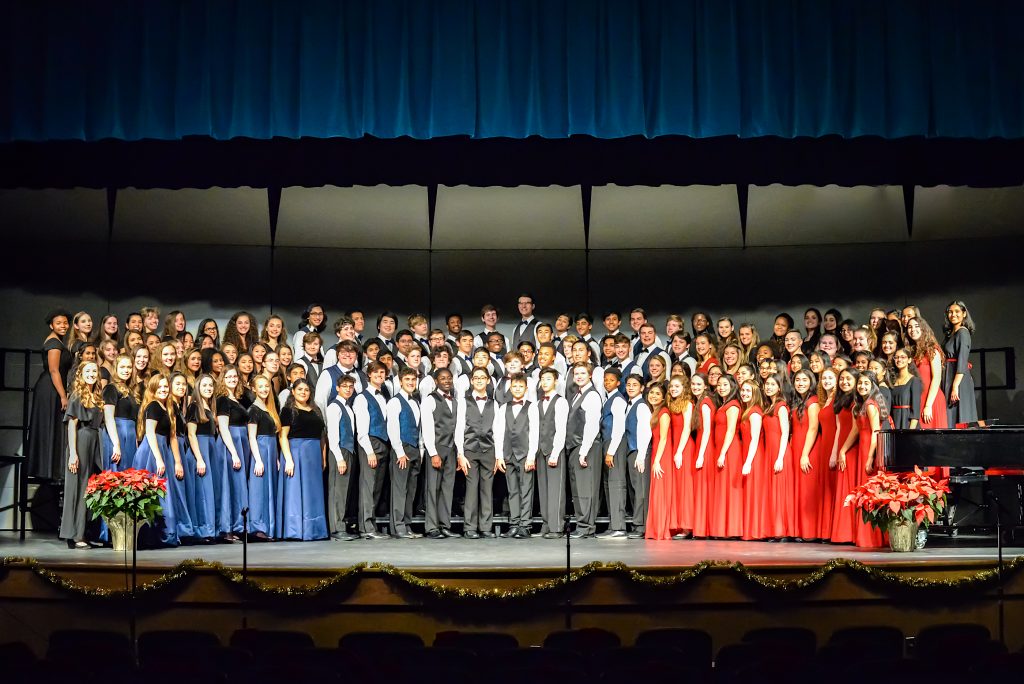 The virtual choir class transformed almost immediately. “We explored Soundtrap and learned you could record in small chunks and edit,” said Kelli. “You can work with the practice track and match your sound to it and use that as a way to kind of grade yourself before you hit save.” The students benefited from the new process bringing their recording time down to 10-15 minutes and doing only a couple of takes. It was in sharp contrast to earlier recording methods that relied on making one perfect take, often increasing anxiety and extending the recording process by hours.

Kelli figured out how to invite students into a Collaboration page, teaching them to record themselves against pre-loaded practice tracks. “At the end of our rehearsals with them on mute, I’d send them to Soundtrap to record,” she recalls. “By the end of class, I could play back up to 30 voices with some minimal lining up of parts and hear how they were doing. It was incredible!”

Suddenly, there was a routine back in place for classes, and Kelli witnessed rehearsals once again. “I had a real-time place to check how they were doing and how far along in their assignment they were. I’ve since created different Collaboration pages for my five ensembles, where each choir has recorded 5-6 songs.” She also expressed a fondness for the collaborative nature of Soundtrap. “I often use the chat to share specific feedback with students. I love that I can teach them a little bit about audio editing, balancing, effects, and dynamics.”

In addition to the quarterly choir concerts, Kelli is accustomed to a spring musical review with Broadway, Hollywood, or Disney themes, alternating yearly. This year Kelli and the school have produced a virtual musical, putting together 14 different ensemble songs. “Students will often open up the Soundtrap studio to create projects of their own, where they can invite me to see what they’ve been creating.”

Kelli is traditionally trained. Most of her training did not lean toward the technology aspects of music. Outside of a few music tech courses and basic recording programs, much of her technology knowledge became sharpened through the experimentation and learning of Soundtrap during the past year. Although she is looking to return to live ensemble work in person, she is convinced that the skills learned using Soundtrap during distance learning are here to stay.

When school returns next fall, some students will remain virtual by choice. She plans to pull them all together into one virtual class, making up her fourth live ensemble. “It will become a music technology/recording class that gets into the nitty-gritty details of Soundtrap editing,” says Kelli. “[Last year] they only saw it as a recording artist, but this way they will be able to see it from the audio engineering side too.”

Kelli Pierson is a high school music teacher at George C. Marshall High School, part of Fairfax Public Schools (FCPS) in Virginia. She has a Bachelor of Music in Vocal Music Education from James Madison University. Learn more about her choir at www.marshallhighschoolchoir.org.