Collaboration is not just a process, but a skill. It’s not every day that you hear about students in Oss, Netherlands, teaming up with peers in Ann Arbor, Michigan to work on a school project, especially without ever meeting one another in person. But that’s precisely what happened over the last year, thanks to a chance social media exchange that turned into the brainchild for a collaborative Soundtrap project.

John Churchville, a highly accomplished music teacher from Rudolf Steiner High School in Ann Arbor, Michigan, connected with Paul van der Heijden, another gifted music teacher at Titus Brandsmalyceum Oss in the Netherlands over Twitter. The casual conversation discussing John’s ongoing original song creations eventually led to the idea of having students from both schools work together remotely on tracks and edits of songs using Soundtrap. 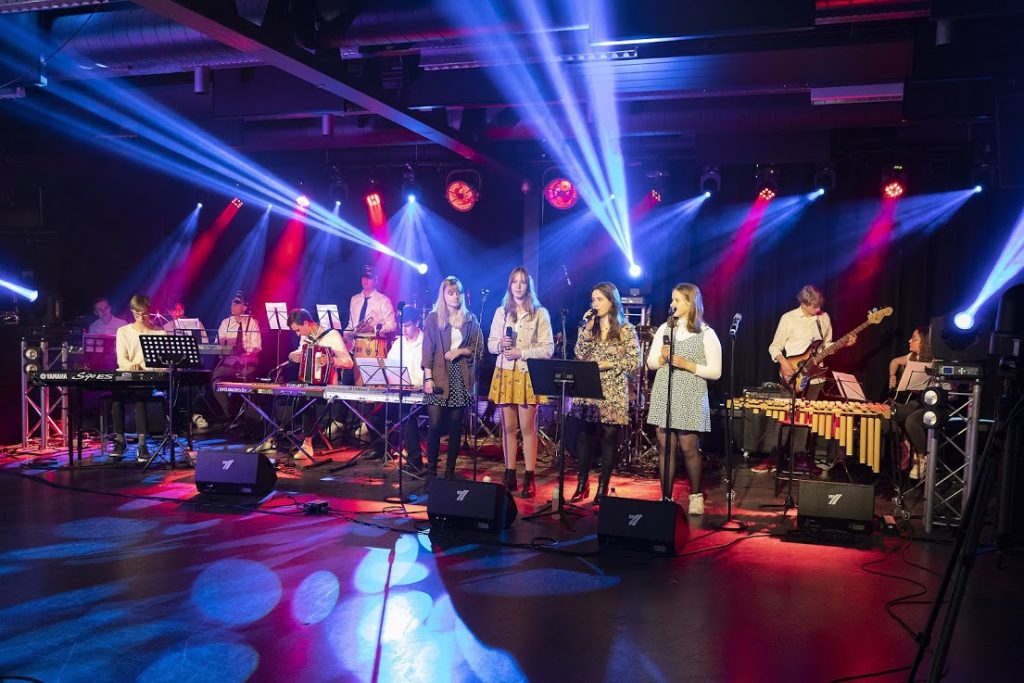 The Beginning Steps to Collaboration

John had been recording student song projects for nearly 10 years using various tools, but it wasn’t until 2015 that he came across Soundtrap, where the toolbox and collaboration features arrived all-in-one. In the past, he struggled with getting enough songs down for his annual album with students, but once Soundtrap entered his school as a pilot, he soon had over 25 songs to choose from. He always championed collaboration at conferences and with other educators but getting a project off the ground often takes time. Paul’s knowledge and enthusiasm for the collaboration created the balance needed to get things moving.

At first, the biggest obstacle collaborating with Paul in the Netherlands was language and time zones. The two chuckled over how the time difference posed more of an actual issue than the Soundtrap collaborative learning. “Our communication with the time difference was the biggest hurdle, but once we got the music down into Soundtrap, then everything became much clearer. It was all about that first step of connecting, and it was just wonderful trading back and forth,” says John.

John and Paul both agreed that staying small would be a good approach. “When we started this project, we thought we could do it better with a small group,” added Paul. “When you have a lot of students, it’s difficult to compose a song like this, but when it’s a small group, you can build something together easily for composing. It’s better to make it not too big.”

John chose a work in progress that his students were putting together for their school album and shared the song with Paul and his students to examine, edit and add to the already existing tracks. “He sent over one of the student’s songs, and our students really liked it and thought they could add some rhythm or make some chords with it, and that’s when it all started,” Paul recalls.

The project got off the ground when John’s class was still in-person and then it continued as learning went remote. When collaborating on a creative project like songwriting, students often first hold songs quite close to the vest. It takes a certain trust and release of ownership to allow the process to flourish. 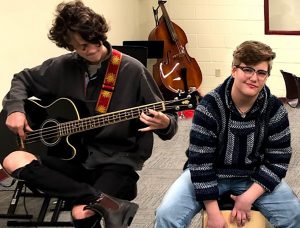 In this initial case, the song happened to be highly personal in nature. John explains, “It was a very personal song because the student was going through a major transition at the time and had something very personal to say. The whole idea of collaboration was a little bit difficult, but that’s why I was also more than ever determined to make the song sound great and to help push it forward to show what the end result could be.

By letting go of the ownership, learning the Soundtrap basics, and trusting the collaborative process, students from Oss and Ann Arbor swapped ideas, tracks, and edits until all felt the finished product was worthy of sharing publicly. The student whose personal triumph is exemplified in the lyrics had the final say.

Listen below to the final results of the collaborative project in the song:

No Rest for the Weary 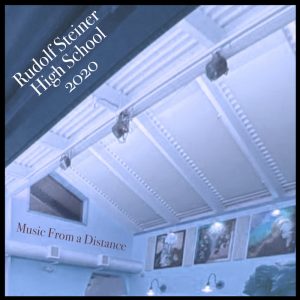 The student group projects continued throughout the pandemic, with some collaborative efforts still unfinished and ready for future work. John noted how the pandemic revealed a silver lining that enabled students to take charge of their learning. Agency and a feeling of empowerment emerged, and students began to create and collaborate on their own. In the end, this is what any teacher dreams about. “I have students who are making music, collaborating with others, and realizing they want to release it on Spotify instead of through the school. It’s like I’ve become the ‘man,’” said John with a laugh.

John happens to publish the students’ works through Bandcamp, and once posted, students can more readily share with other students throughout the world. “This [first project] was a collaboration where Paul and I held our students’ hands through the process. But now I think the students have much more agency to go out and do it on their own. That’s the real point of it.”

John stresses that the students can make musical decisions independently. There is a freedom that comes from tools like Soundtrap that allow collaboration and recording from anywhere with anyone. While older music learning models sometimes restrict or confine learning to classroom-oriented structures, John is interested in technologies that free up the creative process while revealing hidden potential yet to be displayed. John adds, “The point of it all is that [students] develop self-realization and self-identity through this medium and with these tools.”

Broadening Efforts and Looking Ahead

Both teachers are proudly sharing their efforts with other educators around the world. John, in particular, has been on a mission to increase technology inside his school environment by offering a musical composition course using Soundtrap. He stresses it as more of a creative tool than merely a musical tool. He hopes to open up the roles inside music classes where beat creators, instrumentalists, singers, editors, and even cover art creators can cohabitate and grow. Paul’s school is additionally using Soundtrap in recent podcast efforts. “We have a radio station at our school, called Scool Radio,” adds Paul. “We are now using Soundtrap to make podcasts on that station.”

John and Paul have remained professional musicians during their teaching careers, sharing the creative process with their students throughout the process. Their know-how, expertise, and enthusiasm point to the fact that this may be just the tip of the iceberg. Hopefully, their experience can act as an informal model or blueprint for other passionate teachers and professionals looking to utilize Soundtrap in expanding students’ creative development and learning everywhere.

Collaborative Music Learning During the Pandemic